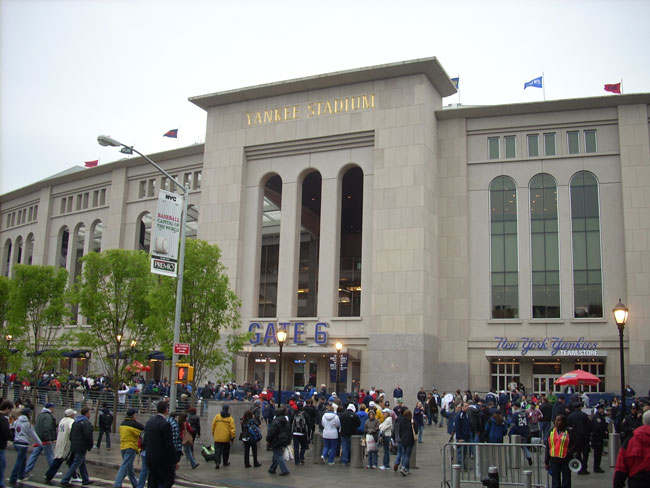 My thoughts on this structure fall into two categories. First of all, I like how the facade reminds me of the 1923 Yankee Stadium. I also like that even though the park holds only a few thousand less, you feel much more on top of the action here. Now I have been to quite a few of the new ballparks, and most of them (Camden Yards, Citizens Bank Park among others), still create a charm and uniqueness for the fans. Yankee Stadium (II) feels very corporate, sterile, and efficient. You get in, see a game, and buy concessions very easily and comfortably, but all together unremarkably. This stadium is essentially, a reflection of the stereotypical image of the New York Yankees. 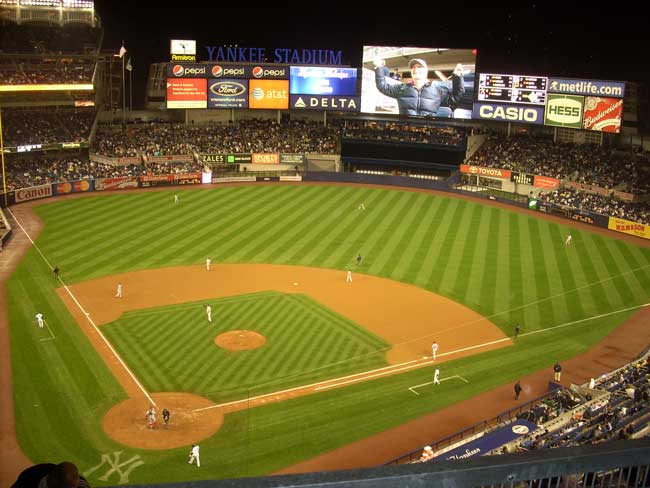 The Yankees retired numbers are (in numerical order and the years they were retired):