Recommended Snack: Right out in the concourse is Boog's barbecue and after one pulled pork sandwich, you'll never want to try a dog here.

A lovely warehouse back drop. I am really not being sarcastic. The Baltimore & Ohio Warehouse, the longest building on the East Coast (1,016 feet long by 51 feet wide), is clearly visible in the outfield and it makes going into the stadium like taking a step into a time machine. This is a great old style park that fits into its surrounding wonderfully. The warehouse now houses Baltimore Orioles' offices. The stadium is located two blocks from Babe Ruth's birthplace. Another interesting Ruth fact is that his father operated Ruth's Cafe, at 406 Conway Street, the current site is located in center field. 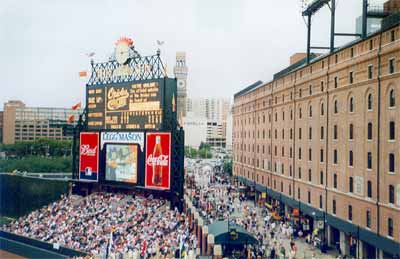 The Orioles retired numbers are (in numerical order and the years they were retired): 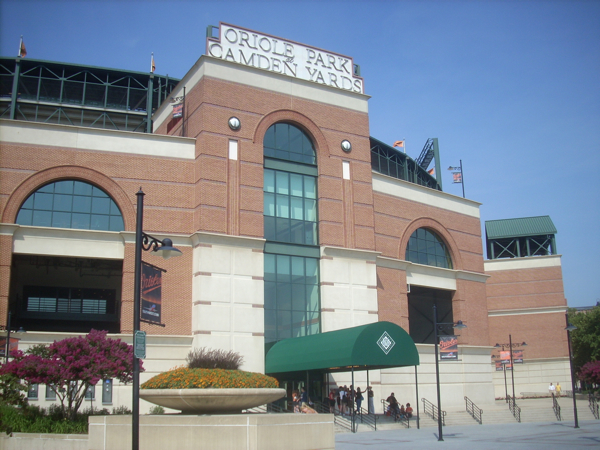