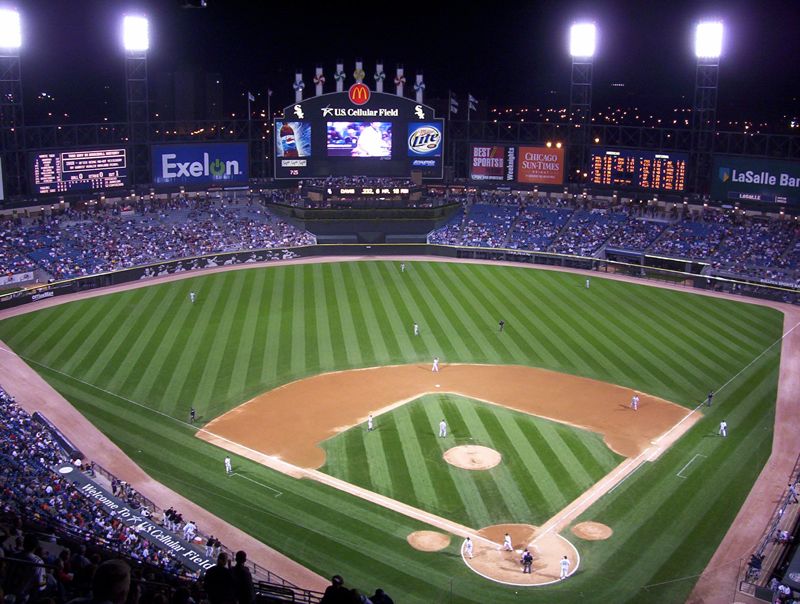 The end of an era. That is the best way to describe this park. The classical concrete and steel park era ended right around the time Dodger Stadium and Kauffman Stadium were built. The symmetrical era began with the construction of Cleveland Stadium and Busch Stadium II. (I am aware that as far as years go, the eras overlap.) In 1992, Camden Yards was built, ushering in an era of throwback and fan friendly parks. Built in 1991, this park has the distinction of being the last park built in the symmetrical era. 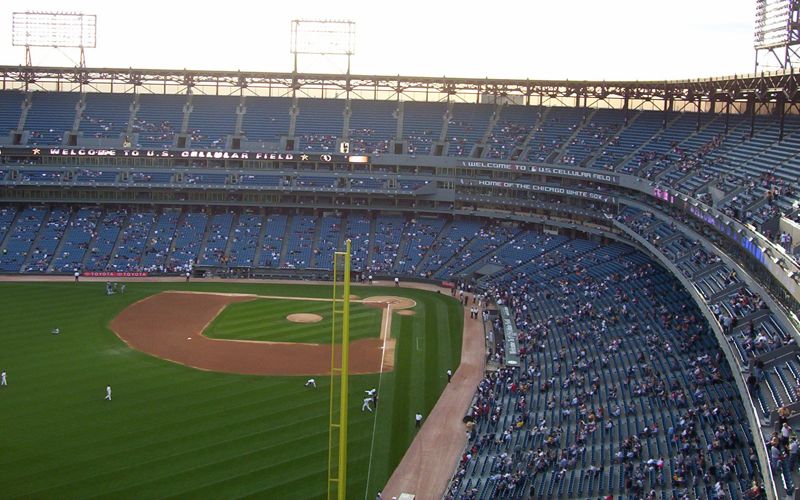 Jerry Reinsdorf, the Chairman of the White Sox since 1981, bent the city of Chicago over a barrel and said, build us a new stadium or we will move to St. Petersburg, Florida. Chicago caved and financed the entire $167 million price tag of this stadium with a new 2% hotel tax. The park was built across the street from Comiskey Park, at the time, the oldest park in use in baseball. The scoreboard is reminiscent of the famous exploding scoreboard designed by Bill Veeck. A restaurant and batter's eye sit just beyond center field. 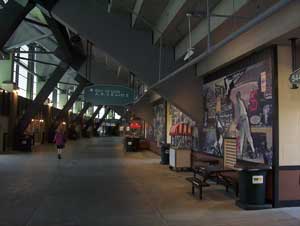 Let me first start out with the good, since that won't take too long. This was a very clean park with great concourses (pictured above). They took full advantage of the space that was given to them to design them well. At the beginning of each game you get to hear some great "lets get pumped" music as you watch a video of White Sox greats. Then they have a light and fireworks show. I am not a fan of the White Sox, but I was excited for the game once I saw that. Well, I'm done with the good. This park is one of the most unremarkable in the majors. It reminded me a lot of Yankee Stadium as far as design, feel, and distance from the field. The thing that annoyed me the most was that I bought a ticket for the upper deck. At one point I wandered down to explore the lower deck (batter's eye, restaurant, White Sox Hall of Fame behind home) and I was told that I was not allowed in the lower concourse. The game wasn't even close to being sold out.

The White Sox retired numbers are (in numerical order and the years they were retired):