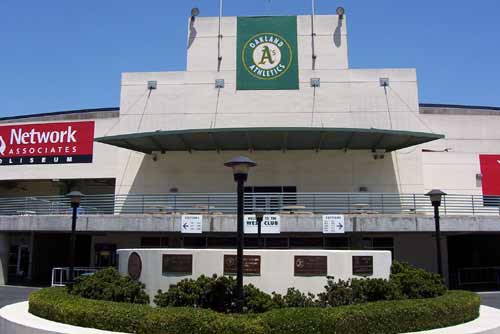 This is probably the best multi-use stadium I have been in. It feels kind of like a ballpark because the upper sections are closed off to make it more cozy. I saw a great game here and the fans were vehemently into it, but they all left around the sixth or seventh. Weird. 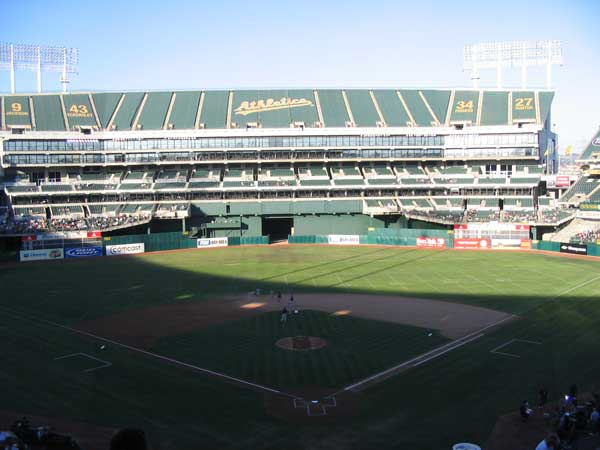 This park was built in 1966 as a home for the NFL Oakland Raiders. In 1968 the Athletics were lured here from Kansas City. Although the Coliseum is huge, the A's have never really drawn well despite their talented players. In the 1970s, the A's were led by Jim "Catfish" Hunter, Rollie Fingers, and Reggie Jackson. In the 1980s they had Mark McGwire, Jose Canseco, and Walt Weiss. In the 2000s they had Miguel Tejada, Jason Giambi, Eric Chavez, Mark Mulder, Tim Hudson, and Barry Zito. Major renovations were done to the Coliseum in 1996 to bring the Raiders back home. Unfortunately the A's don't pay homage to their wonderful and rich past when they were in Philadelphia and Kansas City. Supposedly, the Coliseum used to offer a great view of the Berkeley Hills until Raiders owner Art Davis constructed a huge seating section, affectionately referred to as "Mount Davis". 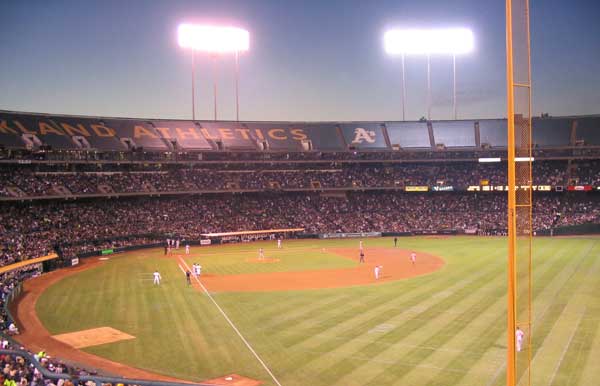