I dug this park. It was clean, the people were nice and it was built so it felt like we were part of the action. Another nice feature is that all of the seats are angled towards home plate. 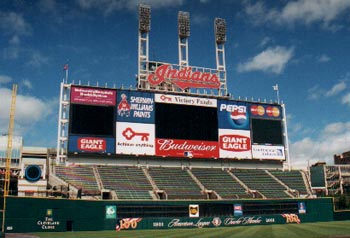 The fans in Cleveland are great, and boy do they deserve "the Jake". Since the 30s, the Indians were playing at the "Mistake on the Lake", Cleveland Stadium on Lake Eire, a giant football and baseball arena. When the Jacobs brothers bought the Indians in 1984, they envisioned a lake front domed structure, but the citizens of Cleveland voted against it.

Progressive Field was created as part of the Gateway project, a project that was designed to revitalize downtown Cleveland. The exterior is made of Atlantic green granite, Kasota stone, and exposed structural steel, so it blends with Cleveland's skyline. The Gateway sports area has walkways, parks with sculptures that look like huge cheese graters, and a parking garages that connects Progressive Field with Gund Arena, home of the NBA team the Cleveland Cavaliers. The field was partially financed by a "sin" tax on cigarettes and alcohol. The park has the largest bullpen in the majors located in the outfield with three mounds each and is home to the first virtual reality batting cage. This stadium was also the first place to have vertical lights in the outfield. There is a great view of the city from the upper third base side.

The Indians retired numbers are (in numerical order and the years they were retired): 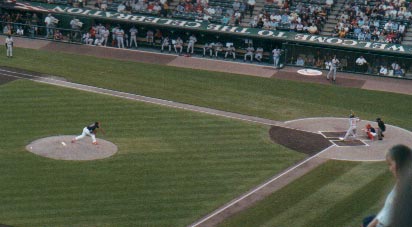 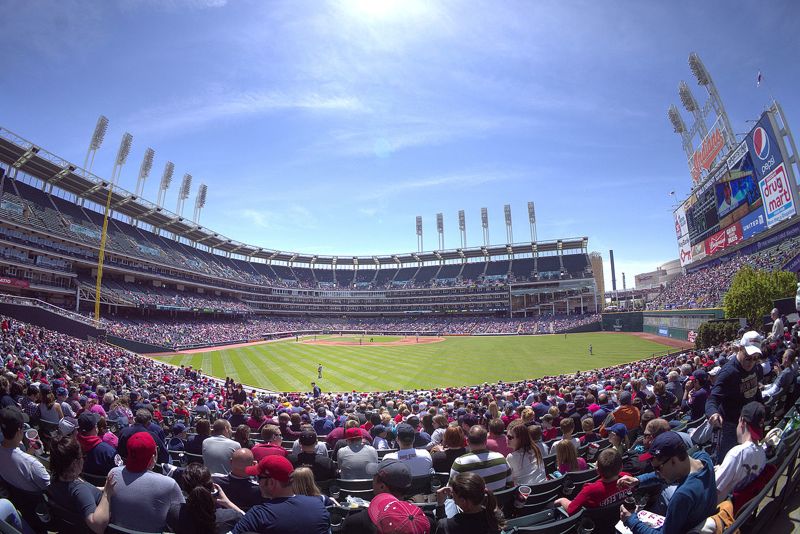 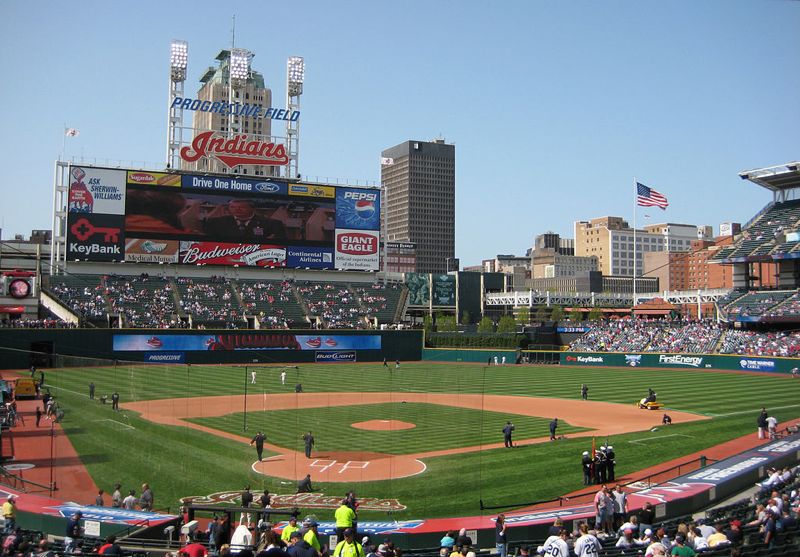