This was the site of two different ballparks. I will highlight each one separately below in chronological order.

Baseball first came to the old Chicago Cricket Grounds with the Chicago ball club of the Union Association. They found no fan support and were forced to move to Pittsburgh after less than a year. (The league would only last one). Sixteen years would go by before baseball was played at this site again, but when it was, it lasted 40 years. 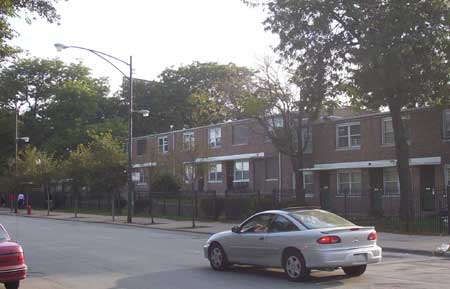 The grandstand for this park was built in 1900 for the American League Chicago White Sox and rebuilt after a 1909 fire. The second grandstand lasted 31 years, which is quite a long time for a wooden ballpark. The White Sox were forced to move after the 1910 season because their popularity outgrew the park. This park was nicknamed "The Hitless Wonder" because it was such a pitchers park. Deep center field was a ways from home, but not as long as the corners. No homers were seen in this park in two consecutive years. 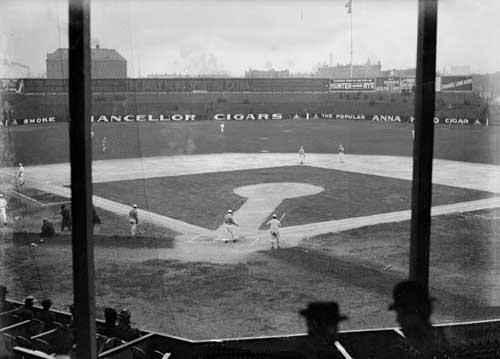 After the White Sox moved out, the American Giants started playing their games here, as early as 1911. This team was managed by Rube Foster, the man who would go on to start the Negro National League. He managed from a box seat instead of a bench, always with a pipe or cigar in his mouth.