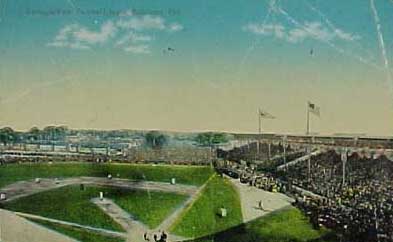 This park was originally built for the Federal League Baltimore Terrapins. Of all of the new parks that were built for this league, this was the only wooden park built. By 1914, many wooden ballparks had burned, so many new parks were being built with concrete and steel. Some concrete and steel parks built for the Federal League, Wrigley Field, are still standing. On opening day, 28,000 people showed up to see the game and scalpers were getting as much as $10 for a ticket (in 1914!). It is amazing that even after this popularity, it still took forty years for a major league team to move back.

When the Federal League folded, the AAA International League Baltimore Orioles moved in and renamed the facility to Oriole Park. When this park burned to the ground, the Orioles lost all of their trophies and pictures. It was a total loss. 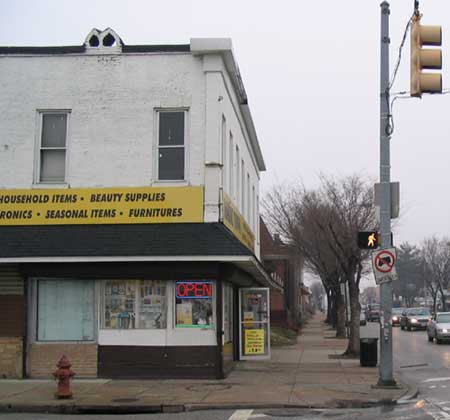 © 2005-17 Paul Healey. Photographs of the old stadium © their owners. Used without permission.